Ancient Greek philosopher Heraclitus once said, “The only constant in life is change.”  The concept of change accurately describes the musical landscape of Top 40 radio in 1970.

Since the beginning of the Top 40 radio format, there has always been change. As 1969 turned into 1970, many established artists started following new musical paths.

Death ended the careers of two more artists: Both Jimi Hendrix and Janis Joplin died of drug overdoses, at age 27.

During the July 4th weekend of 1970, American Top 40 (AT40) debuted as the first nationally syndicated music count down program. Hosted by Los Angeles DJ Casey Kasem, AT40 played the Top 40 songs each week, from the Billboard Hot 100.

Here are the Top 10 songs that Kasem counted down on the first AT40 broadcast during the first weekend in July 1970: 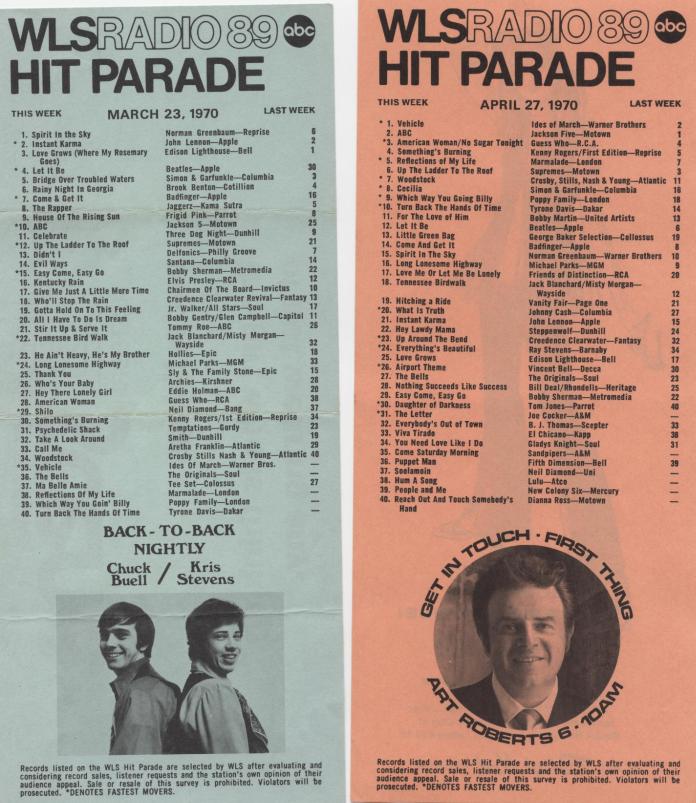 At the end of 1970, Billboard Magazine published the top hits of the year. All of the Top 10 songs for the entire year of 1970, were by artists who had more than one hit:

Taking a deeper dive into the top 100 hits of fifty years ago, it reveals that 1970 was a great year for “one hit wonder” artists.

So what exactly is a “One Hit Wonder?” The basic definition is an artist has only one hit song during their career on the national Billboard Hot 100 pop chart. Obviously, there some other rules that should be included if an artist is to be included for consideration as a one hit wonder.

The rule that a second song must be a Top 40 Billboard National pop chart hit was established in 1998, by music historian Wayne Jancik in his definitive work on the subject, “The Billboard Book of One-Hit Wonders.”

The subject of “one hit wonders” has always been interesting to me and researching the reasons why some artists have only one hit song. Way before the advent of the Internet, my go to reference for this subject has been “The Billboard Book of Top 40 Hits” by Joel Whitburn. I consider Whitburn’s book to be the “bible” of Top 40 music reference and still proudly own a hard copy of this excellent book. 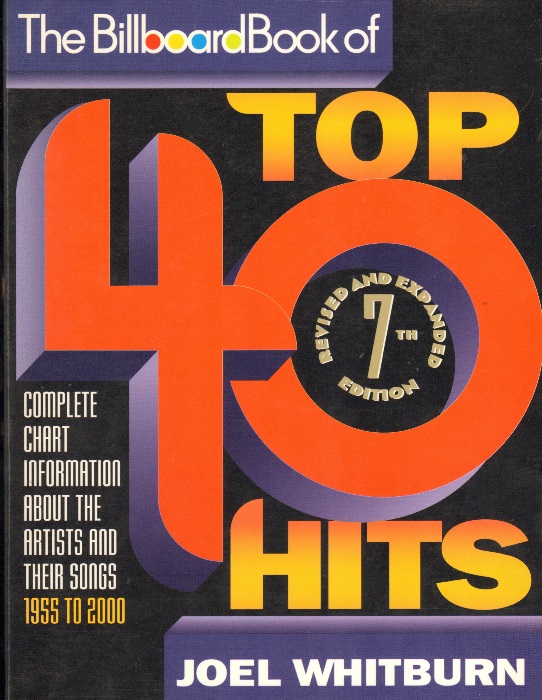 For the remainder of this message, I will be focusing on the musical year of 1970 and the numerous excellent one hit wonder songs during this golden year of Top 40 radio.

During my research of Joel Whitburn’s book and reviewing the Billboard Hot 100 songs of 1970 chart listing, I have come up with this conclusion: 1970 is the greatest year for excellent “one hit wonder” songs.

By my estimation, there are at least 25 “one hit wonder” songs, which I consider to range from fine to superb from 1970.   There are also 4 outlier songs that I want to document before proceeding with my comments on the twenty-five good to excellent “one hit wonders” from 1970.

Canadian Artists: Only Hit in America

I am not declaring these songs are the “best or greatest” in this category. These selections happen to be my Top 10 personal favorite “one hit wonders” from 1970: Songs which I deem to be culturally, historically, aesthetically significant, meaningful or relevant.

Shocking Blue was the first rock band from the Netherlands to have a hit in America.

Before Dutch bands Golden Earring and Focus had hits in the United States, “Venus” was a number 1 song on the Billboard Hot 100. The song has a memorable opening guitar riff, a catchy melodic tune and superb vocals by lead singer Mariska Veres. “Venus” was a worldwide hit, reaching number one in nine countries.

English blues-hard rock band Free broke through in America during the fall of 1970 with “All Right Now.”   With Paul Rodgers on lead vocals, the song has a driving beat and is considered a quintessential classic rock tune. “All Right Now” was a hit all over, Europe, Canada and in Australia. After Free broke up, Rodgers became a premier rock vocalist with Bad Company.

A Detroit, Michigan hard rock band Frijid Pink, made a psychedelic cover of the Animals 1964 hit, “House of the Rising Sun” 50 years ago.   The song features distorted fuzz and wah-wah guitar playing, with hard driving drumming. I have fond memories winning a copy of this record from Top 40 WROV Roanoke, Virginia. It was absolutely thrilling for me to be able to speak on the air with legendary WROV DJ Bart Prater, when I won this Frijid Pink record during the spring of 1970.

A family group from Chicago, Illinois, the Five Stairsteps reached the top 10 during on the Billboard Hot 100 with “O-o-h Child.” The lyrics are positive suggesting the “things are going to get easier” during times of trouble.  The smooth sound of the Five Stairsteps resonated with folks all across America. The first time I heard this song was on Top 40 WABC New York, with hall of fame DJ Cousin Brucie on the air.

During the summer of ‘69, the hard rock band Mountain played at Woodstock. The following year, the band released “Mississippi Queen” and the song became their only hit. Mountain’s summer of 1970 hit opens up with signature cowbell percussion, a powerful guitar riff and strong vocals by Leslie West. The song remains a staple on classic rock radio stations here in 2020.

Often mistaken for another “Horn” band Blood Sweat & Tears, a Chicago, Illinois based band, the Ides of March, flew up the charts with their tune “Vehicle.” The song features a catchy guitar riff and has a matching magical percussion horn section. The Ides of March were led by Jim Pererik, who in the 80’s founded the rock band Survivor. I distinctly remember hearing “Vehicle” being played by Top 40 WLS Chicago DJ’s Chuck Buell and Kris Erik Stevens, prior to the song becoming a national hit.

During the early part of 1970, British songwriter Jeff Christie formed the band called Christie and they recorded his song “Yellow River” as their first single. Jeff Christie says the lyrics of his song was inspired by a soldier going home at the end of the American Civil War. However, most listeners in America thought this power pop song was referring to the Vietnam Conflict. I remember hearing “Yellow River” for the first time on Top 40 WEBC Duluth, Minnesota, while I was visiting the land of 10,000 lakes on vacation during August 1970.

Tommy James and Bob King were both songwriters and producers for the song “Tighter, Tighter” by Alive N Kickin’. The band was from Brooklyn, New York and featured singers Pepe Cardona and Sandy Toder. Also in the group was Bruce Sudano, who later married disco singer Donna Summer. The song has excellent harmonies and has a Tommy James and the Shondells power pop groove. My first time hearing “Tighter, Tighter” was when I was traveling through Illinois and listening to DJ Larry Lujack on WLS Chicago.

Blues Image formed in Tampa, Florida in 1967 and moved to Los Angeles, California during 1969. Musically, “Ride Captain Ride” has soaring guitar riffs, sharp piano playing and a smooth jazz sound. Prominent Blues Image member Denny Correll went on to play in the “Jesus Music” rock band Love Song after leaving the group. “Ride Captain Ride” is considered part of the “Yacht Rock” genre. It is my second favorite “one hit wonder” from 1970.

My favorite “one hit wonder” from 1970 is “Spirit in the Sky” by Norman Greenbaum. The music on the song is excellent: Driving drums, tambourines and distorted electric guitars, brought together a hard rock sound with a spiritual lyrical message. I also consider “Spirit in the Sky” to be in the Top 10 best memorable rock guitar riffs of all time. Greenbaum’s song is still regularly played on classic rock radio stations and is considered one of the greatest “one hit wonders” of the 1970’s.

Now that I have humbly submitted my thoughts on “one hit wonders” of 1970, I am curious to find out your opinion on the music of that year.

Obviously, I do not want to come across as authoritative with my critique of the “one hit wonder” songs from 1970. The songs that you might feel are the best, maybe be completely different from my selections.

So I am asking for your opinion: What do you consider to be the best “one hit wonders” of 50 years ago? There are no right or wrong answers. I welcome your thoughts. 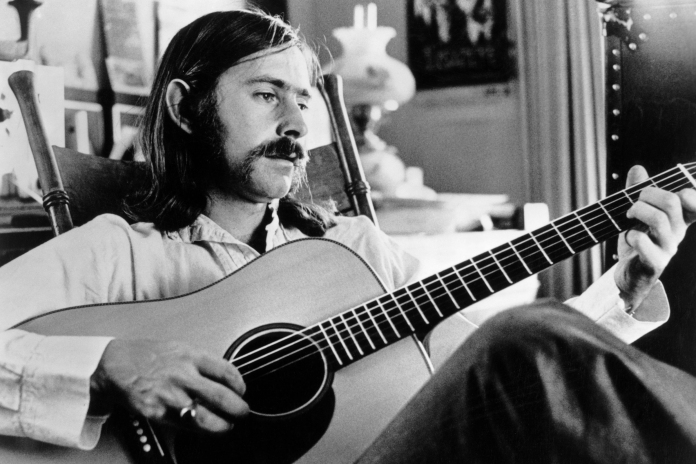 Listening to music from the golden age of Top 40 radio will always have a special place in my heart. In my humble opinion, 1970 was the greatest year ever for “one hit wonders.” Rock on!