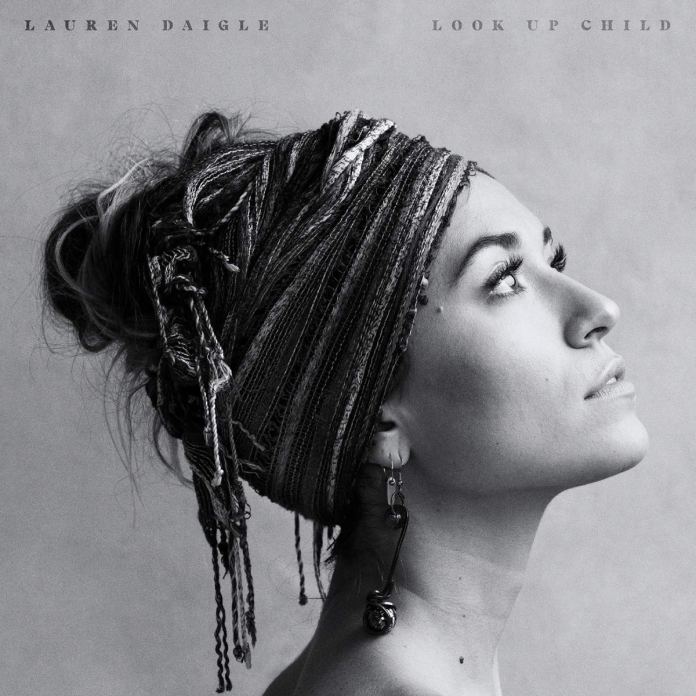 Once in a blue moon, there will be a Christian song to crossover and be a hit on secular radio in America. In 2019, that song is “You Say” from Lauren Daigle.

Every single lie that tells me I will never measure up

Am I more than just the sum of every high and every low?

You say I am strong when I think I am weak

You say I am held when I am falling short

When I don’t belong, oh You say I am Yours

“You Say” by Lauren Daigle is truly a surprise hit song. During the 21st century, it has been rare for a Contemporary Christian Music (CCM) song to crossover and become a secular hit on multiple secular radio formats.

However, Daigle’s song has broken the mold: “You Say” became a huge secular hit this year and seems to resonate with many folks outside the traditional Christian music genre.

So how rare is it to have a Christian song become a hit here in 2019?   The last time a CCM song crossed over and became a secular hit was “I Can Only Imagine” by MercyMe in 2003.

I can only imagine what it will be like

When I walk by Your side

I can only imagine what my eyes will see

When Your face is before me

I can only imagine, yeah

Surrounded by Your glory

What will my heart feel?

Will I dance for You, Jesus

Or in awe of You be still?

Will I stand in Your presence

Or to my knees will I fall?

Will I sing hallelujah?

Will I be able to speak at all?

I can only imagine

I can only imagine

Occasionally, a country artist singing about Christian topics will crossover to Top 40 radio. Just after Carrie Underwood won American Idol, she recorded the song, “Jesus Take the Wheel” in 2005. This song was a huge number 1 country hit before crossing over to Top 40 radio. It was the first of many hits by Underwood, to chart on multiple formats.

Rarely do songs like “I Can Only Imagine “ or “Jesus Take the Wheel” ever become crossover hits. But that hasn’t always been true on secular pop radio.

During the late 60’s and early 70’s, songs on various Christian topics were regularly played on Top 40 radio. Here are a few of the songs that charted on the Billboard Hot 100, in the golden age of Top 40 radio:

With the growth of CCM radio stations during the mid 70’s, there were not as many Christian songs played on Top 40 stations. Jesus Music was played exclusively on newly formatted 24 hour a day CCM stations, instead of secular music outlets.

There were a few songs with Christian themes that were hits in the late 70’s. One of those songs is Bob Dylan’s, “Gotta Serve Somebody” in 1979.

But you’re gonna have to serve somebody, yes indeed

You’re gonna have to serve somebody

But you’re gonna have to serve somebody

The next significant artist to crossover and have two number I hits on the Billboard Hot 100 was Amy Grant. In 1986, Grant teamed up with Peter Cetera and recorded the duet, “Next Time I Fall” which peaked at number one. Five years later, her solo hit, “Baby Baby” was number 1, for three consecutive weeks during 1991.

Other Christian artists also had secular hits during the 90’s. Michael W Smith had a top 10 hit with “Place in This World” during the summer of 1991 and Jars of Clay had a multi-format crossover hit with their song, “Flood” during 1995.

That brings us to the surprising hit of “You Say” by Lauren Daigle.

“You Say” was written by Daigle, along with co-writers Paul Mabury and Jason Ingram. Last year, Daigle shared with CCM Magazine, the story behind the song.

“It was the day after my very first Dove awards (2015), and I remember being completely overwhelmed. I walked into the studio, and Paul and Jason, my producers, were in there and they’re like “All right what’s going on in your world, how’s it been?

So when writing “You Say,” I just remember feeling for the first time pretty conflicted. It was definitely the first moment in just being an artist that I was like Okay, where is all this going exactly?”

“And I know that we’ve all faced moments in life where we can feel a crossroads happen— where we can see the past and also see the future, and realize how we are supposed to exist in the present. And it was one of those moments where I could see where things were going and I knew exactly where I came from, and I needed those worlds to still be married.

And thus brought up the issue of identity and trying to figure out how to exist when I felt like so many things were pulling me in so many different directions. I think a lot of times we build these complexes based on insecurity, based on fear, based on rejection, and lies that we have to constantly overcome.

And so this song for me was just a reminder of identity. It was a reminder that I know when I’m weak, He’s strong—so how do I change that and bring that into my every day life? When I feel inadequate how is it that there’s always these moments where I feel like God just steps in and supersedes my inadequacies.

Daigle’s song, “You Say” was the first single from the album, “Look Up Child” and was released to CCM radio stations during July 2018. It immediately shot up the Billboard Hot Christian Songs chart and became the number one song in America.

For the week of November 2nd, 2019, “You Say” spent its final week on top of the Billboard Hot Christian Songs chart, logging 66 consecutive weeks at number 1. This broke the record that Hillsong United set of 61 straight weeks at number one with “Oceans (Where Feet May Fail)” during 2013-2014.

Interesting side note: Kanye West just replaced “You Say” as the top Christian song in America during the past two weeks with, “Follow God.”

Obviously, the “You Say” single was huge on Christian radio last year, as it was ranked the 2nd biggest song on 2018, according to Billboard magazine. With such a strong showing, Warner Brothers released Daigle’s song as a single to secular radio during January 2019.

Then in early February 2019, Daigle won a Grammy Award for “Best Contemporary Christian Music performance with “You Say.” After her Grammy victory, Daigle’s song was added to many secular Adult Contemporary and Top 40 radio stations.

Her song then exploded on multiple radio formats, during the spring and summer of 2019. Here are some of the impressive stats on how well “You Say” performed on secular radio, according to Billboard:

Daigle also won two other awards for “You Say” during 2019. In May, she picked up the Billboard, “Top Christian Song” award and last month Daigle took home the Gospel Music Association, “Song of the Year” award. 2019 has been an extremely successful year for Lauren Daigle.

The song, “You Say” isn’t the only musical success for the Lafayette, Louisiana native. Daigle’s album, “Look Up Child” spent 44 weeks at the number 1 position of the Billboard “Christian Album Chart.” The album also received a 2019 Grammy Award for, “Best Contemporary Christian Music Album.”

For those individuals who listen to CCM radio, they are familiar with three other hits from the album: The title track “Look Up Child” peaked at #3, “Rescue” reached #2 and Daigle’s current single is, “Still Rolling Stones” which is still charting during the fall of 2019.

The past 16 months have been a whirlwind for Lauren Daigle, with the unexpected success of her the song “You Say.”   A fair question to ask would be: What will be Daigle’s chart success in the future? Will she achieve multiple hits or go the way of Debby Boone and become a one hit wonder?

Although I do not know the reason why, “You Say” became a crossover hit, her song has resonated with many folks outside the CCM genre of music. Maybe there is a renewal of spiritual awakening happening in America?

Where will Lauren Daigle’s career go from here?   Obviously, that remains to be seen. The lyrics to Natasha Bedingfield’s song, “Unwritten” seems to sum it up best:

“Drench yourself in words unspoken

Today is where your book begins

The rest is still unwritten”