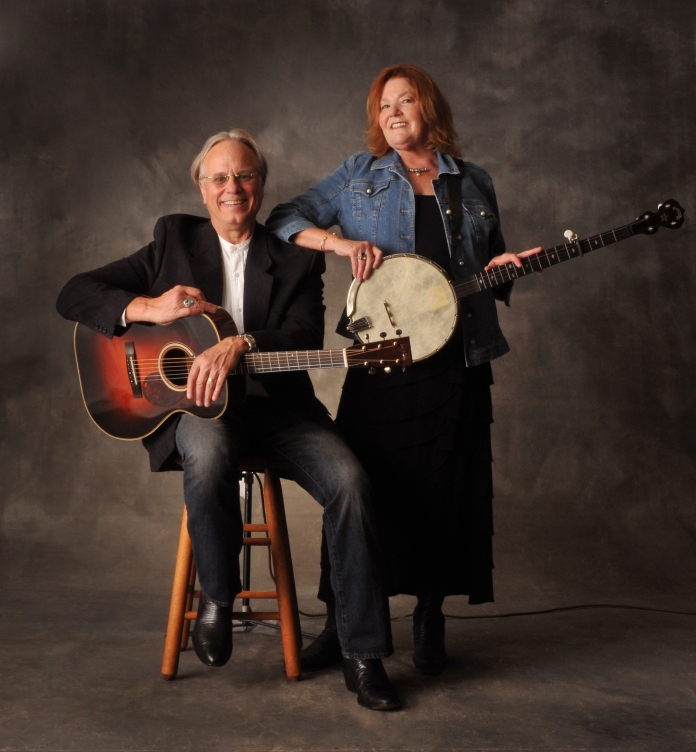 When I want to hear quintessential Americana music, all I need to do is to travel up the Shenandoah Valley, 90 miles from Roanoke to Staunton, for the music of Robin and Linda Williams.

Known to many for their regular performances on Garrison Keillor’s live radio show “A Prairie Home Companion,” the husband and wife duo have been making music from the Shenandoah Valley of Virginia since the 1970’s.

As their official website states: “For more than four decades now, Robin & Linda have made it their mission to perform the music that they love, ‘a robust blend of bluegrass, folk, old-time and acoustic country that combines wryly observant lyrics with a wide-ranging melodicism.

“Today some might call it ‘Americana,’ but these two revered music masters were living and breathing this elixir 20 years before that label was turned into a radio format.” 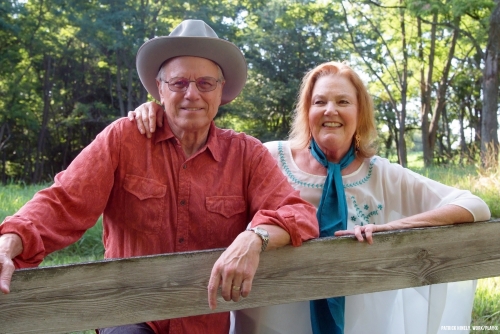 Last month, I spoke with Robin and Linda via phone to find out what the couple has been doing musically over the course of their career and to check out what their plans are for 2019.

I first met Robin and Linda during my junior year attending James Madison University in Harrisonburg, Virginia during the late 70’s. I worked at public radio station WMRA and was the producer of a daily radio program called “Country Afternoon.”

My radio program featured folk, bluegrass and old time country music. Once a month, “Country Afternoon” would have bands and performers from the Shenandoah Valley come to the station to give a live one-hour concert on the radio. Robin and Linda performed on my “Country Afternoon” radio program. Little did I know that this husband and wife duo from Augusta County would one day be nationally known for their iconic music style.

Robin and Linda met in 1971 and quickly realized that they made beautiful music together. The duo started writing their own songs and by 1975, they recorded their first album, the self-titled, “Robin and Linda Williams” on Flashlight Records in Minneapolis, Minnesota.

Around the same time, the husband and wife team met Garrison Keillor in Minnesota. As Robin and Linda’s website states: “They made their first appearance on a little radio show just getting off the ground called “A Prairie Home Companion” and their rich relationship with that icon of American broadcasting has continued for four decades.”

In my joint phone interview with Robin and Linda last month, I asked the Williamses if they ever lived in Minnesota? Linda replied “No. We would fly to Minneapolis on Thursday evenings prior to a Saturday show and then stay in the land of 10,000 lakes for a total of 11 days. We would then perform on consecutive Saturdays but still live in the Shenandoah Valley.”

The Virginian couple met Garrison Keillor, “when he came to see us at a venue about 60 miles from St. Paul,” Linda explained. “After watching us for a set of songs, Keillor asked us to come play the radio show. That was in the fall of 1975 and we have worked with him ever since: On the radio, doing concerts and performing on cruise ships.”

“Concerning Garrison, he has been a friend and a mentor to us and he’s the most talented person we’ve ever been around. And we’ve been around some legends”, Linda admired.   The Shenandoah Valley couple will be working again will Keillor again next winter on a Cuban cruise. 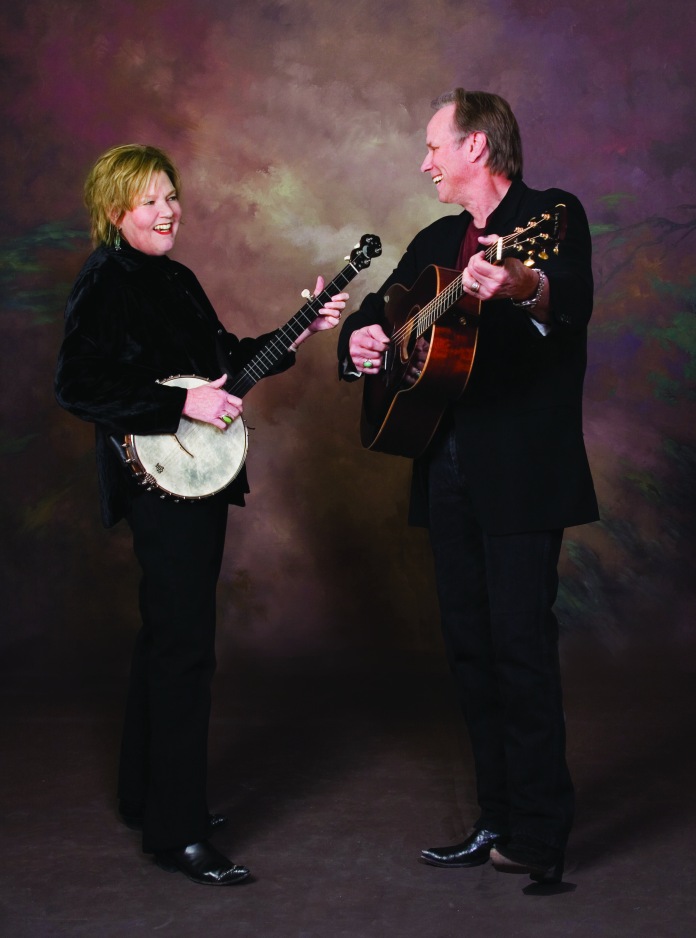 Over the years, the duo has performed thousands of concerts across the United States, Canada and Europe. Additionally, Robin and Linda are known as superb songwriters. Emmylou Harris, Mary Chapin Carpenter, Kathy Mattea, Tom T. Hall, George Hamilton IV and the Seldom Scene have all covered songs written by Robin and Linda.

According to their website, “Robin and Linda have made appearances on such major programs as ‘The Grand Old Opry,’ ‘Austin City Limits,’ ‘Music City Tonight,’ ‘Mountain Stage’ and they continue to make frequent appearances on ‘A Prairie Home Companion.’   Having always sung gospel music, in the late 1980s they teamed up with their old friend and “A Prairie Home Companion” host Garrison Keillor and bluegrass songstress Kate MacKenzie to form The Hopeful Gospel Quartet. 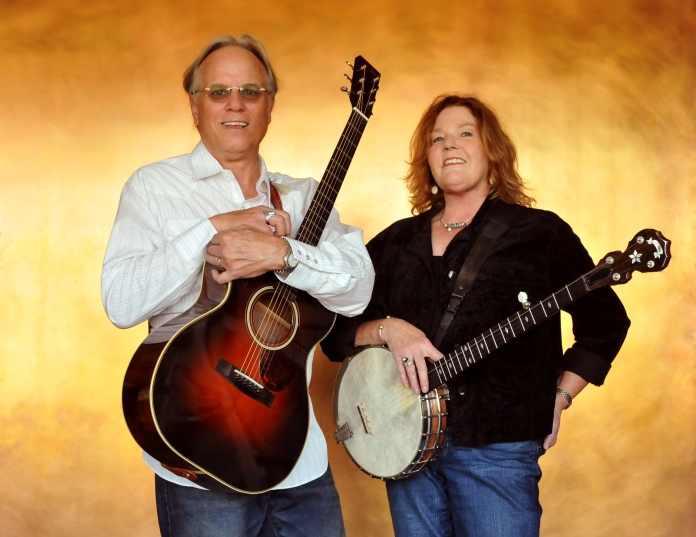 One of the things that I admire the most about Robin and Linda’s music is their focus on the place they have called home for over 40 years: The Shenandoah Valley of Virginia.

I asked the Williamses if they could share with me the influence that living in the Shenandoah Valley has had on their music. Here are Robin and Linda’s thoughts with their four selections:

“[This song] got its title from a little known fact that the term was used in the early to mid-19th century as a moniker for the Shenandoah Valley. Evidently the farmers used the limestone rocks they cleared from their fields as fences and walls, thus “stone wall country.”

“We changed the title to “Stonewall Country” because the song was written for the musical we wrote about Stonewall Jackson for the “The Theater “at Lime Kiln in Lexington, Virginia.

“Another song that comes to mind our song “Buena Vista,” a tale that mentions not only the Rockbridge County town but also some landmarks like the Maury River.”

“Linda got the title of the song “These Old Dark Hills” after a late afternoon winter walk around our property and looking over to the Allegheny Mountains. Seeing those mountains every day for over forty years, they almost seem like friends,” said Robin.

“[This] is a song that comes quickly to mind. It’s about the beauty of fall in the Shenandoah Valley.”

Each day we walk up on the hill/And watch the setting sun/Play on the trees and fields until/It falls and day is done/Yellow, orange, blue and rose/The colors neon bright/The evening sky is all aglow/With this October Light. 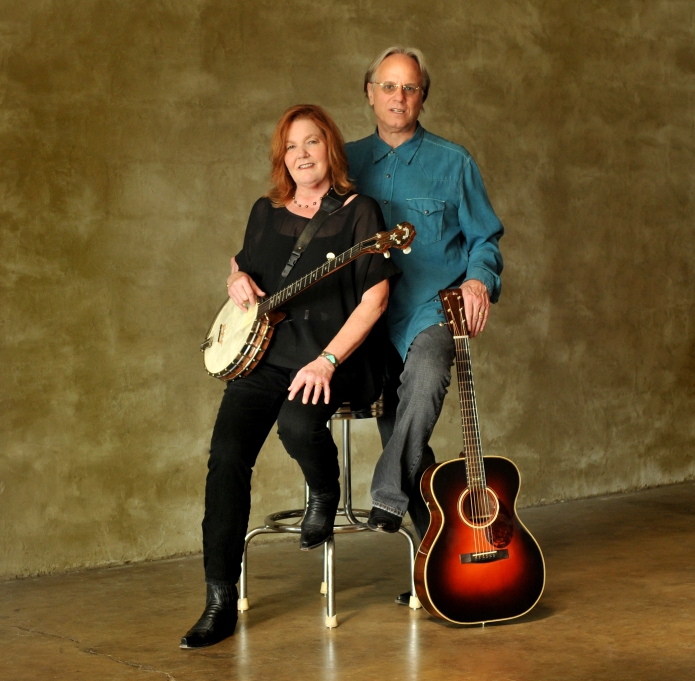 Obviously, the Shenandoah Valley is a special place for Robin and Linda. However, their songs cover a wide variety of topics and are respected by fellow songwriters all across many genres of music.

So I asked the Williams couple if they could share with me their top 5 essential songs. These would be the songs they would like for a person to hear, if they were checking out the Virginia duo’s music for the first time. Here are Robin and Linda’s thoughts on each song:

“On the last day of filming ‘A Prairie Home Companion,’ director Robert Altman’s last movie, we were asked to perform one of our songs to use for the movie soundtrack. ‘Old Plank Road,’ is a song about a music party in Batesville, VA, and Altman used seven or eight minutes of the film cutting away from us singing it to other scenes that helped develop the story line.”

Charlie you’re a good old boy Charlie you’re all right/Charlie open up the store, we’re coming down tonight/Out where you can see the stars and the living’s slow/We’ll eat potluck and pull guitars down on Old Plank Road.

[This song] has never left our repertoire (probably the only one) and which Emmylou Harris recorded.”

“[This song] was in the “Stonewall Country” musical and has made it into the repertoires and recordings of several American and British Isles singers.”

Will there come a time when the memories fade/And pass on with the long, dark years/When the ties no longer bind. Lord save me from this darkest fear/Don’t Let Me Come Home A Stranger/I couldn’t stand to be a stranger

“[This is] a local, traditional, a cappella song that we found on a party tape with Paul Clayton singing it. We’ve sung it for over 35 years and it’s the vehicle that opened the door to our friendship with the legendary Dave Van Ronk.”

“We’re proud of it because it was sung and released as a single by Tom T. Hall, a member of the Country Music and Songwriters Halls of Fame. He was so successful and had such respect as a songwriter that folks labeled him “The Story Teller.” His recording of our song helped us garner respect as songwriters ourselves.”

I was famous in Missouri/Everybody knew my name/Kansas City to old St. Louis/They knew how well I played my game/Now it sure feels strange /To be in South Dakota, out on the range 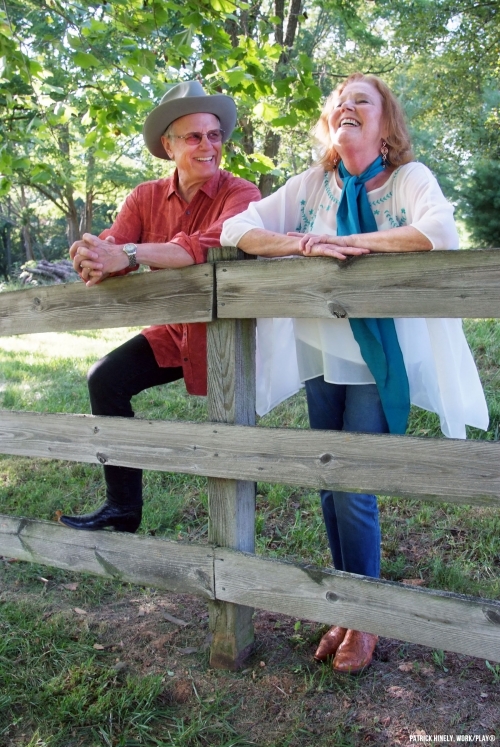 Being part of the Shenandoah Valley music community has always been extremely important for the Williams couple. Linda states, “We have a network of local musician friends – some professional, some not – some old, some new – and via this musical community we’ve been able make contributions to the area.

“Robin and I started a concert series at the Lime Kiln Theater during the mid-80s. We have also helped start a couple of festivals: The Oak Grove Folk Music Festival in Verona (now in its 36th year) and the Fortune-Williams Festival with Jimmy Fortune, the Country Music Hall Of Famer, which ran for 10 years.”

Clearly, Robin and Linda have been an integral part of the Shenandoah Valley music scene for over 40 years and the duo continues to work on and develop new musical projects here in 2019. 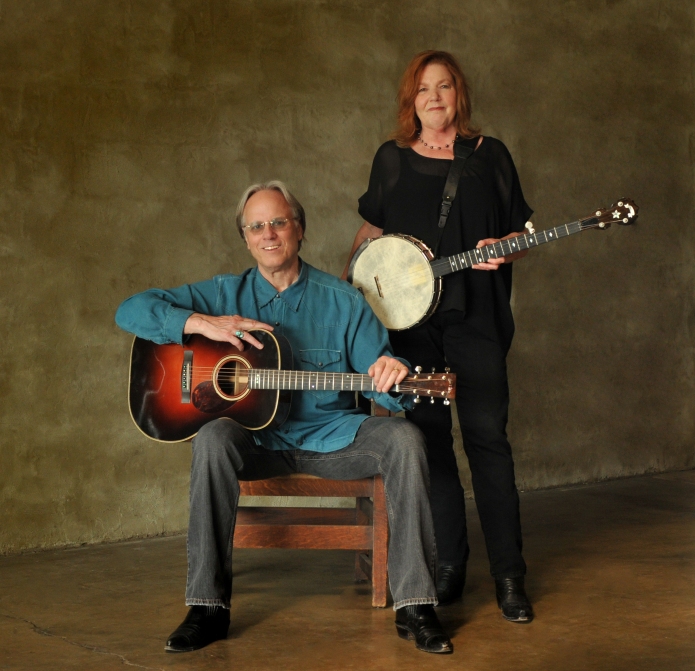 One proposed project is for a new musical TV show on Virginian music called ‘Road Trip: Virginia Live.’ Robin explains, “The idea is to go to historic venues in Virginia and present a half hour music show based not only on the musical acts but also the venues.”

The other project for the Williamses this year is the production of a new album, which will be recorded at their home in Staunton. “We called our friend Kevin McNoldy, who showed up with portable recording gear and two Townsend microphones in April and we recorded six songs,” said Linda.

“Our house in Staunton is old and has high ceilings and the room sounds wonderful, better than some studios we’ve recorded in the past,” she said. “We sat in our living room with those Townsend mics and got some really good stuff. Robin and I have recorded six CDs with Kevin in the past and it’s been fun re-connecting with him. We’ll continue recording in June and July.” 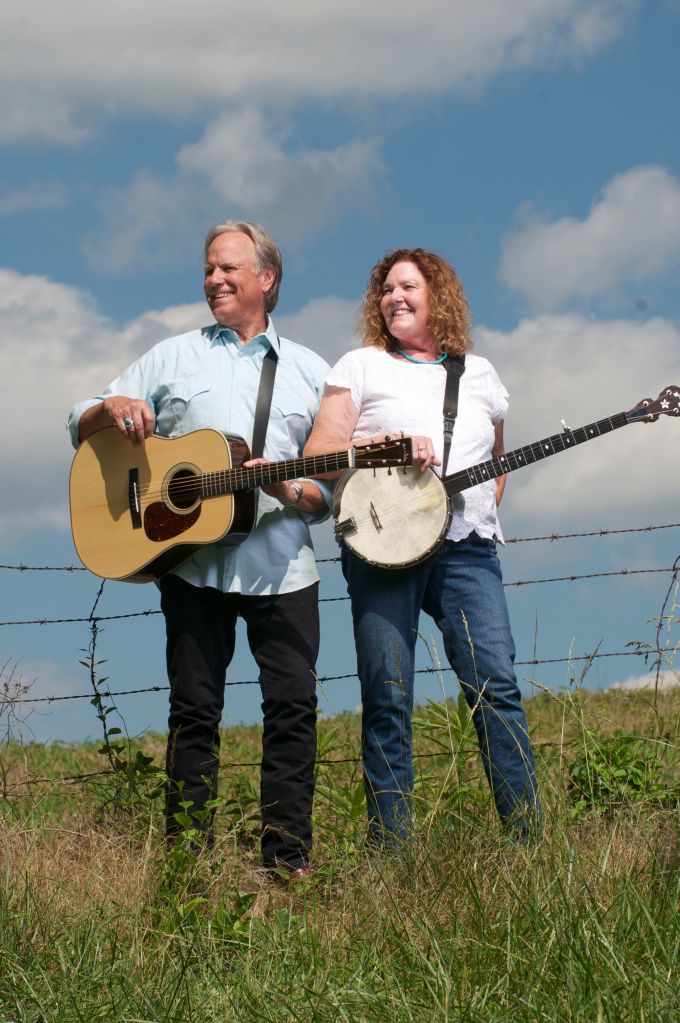 Touring has always been an important part in the musical career of Robin and Linda, and the couple will have concerts scheduled between now and October. Their next show will be at The Harvester in Rocky Mount, Virginia. The Williamses’ friend, Scott Miller will be opening up for the duo at this concert venue. I am looking forward attending this concert, along with my wife Priscilla. For more information on upcoming concerts and to purchase music, please go to the official Robin and Linda website.

What will be the legacy of Robin and Linda? They are leaders in the Shenandoah Valley music scene and their fingerprints are throughout the musical landscape of Virginia. Without a doubt, Robin and Linda Williams are the quintessential duo of Americana music in America!